In the Philippines, you often have the wealthy living in the middle of the very poor.  Why I make that statement is that it has affected the children’s home for some time.

There is a man living close to the fishing village that has caused many problems over the years.   He has molested several woman and children including 3 that either are or have been in the children’s home including his niece. 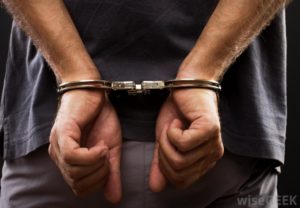 He also caused the death of a woman in the village.   Additionally, he has threatened to harm some of the children.

One of the young women that had been in the children’s home filed charges several years ago about him molesting her.   He was jailed for a couple weeks and his wealthy family bonded him out.   After many continuances over almost 4 years and many meals for the judge from his family, he went to trial.

February 6th, he was found guilty.   He has appealed and is still out on bond.   However, he has made threats against the children at the home because of the former young lady that had been in the children’s home filing charges against him.   He is convinced that his wealthy family can keep him out of more problems and ultimately out of prison.

Please pray for their safety.   I know he has terrified many of the children and I hope that he is soon in prison so that they can have some peace.