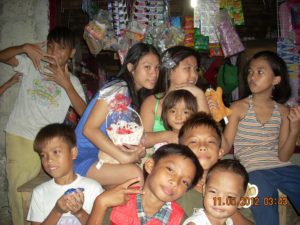 They call me Daddy

Sometimes relatives are not always as we are used to in the USA.

I was reading a post by my friend Bob Martin, where he mentioned that he had taken his grandchildren out to eat.  He then had to explain that the children of nieces and nephews are often referred to as grandchildren.

Another common thing, and in my opinion I have seen it more in the rural areas, is not uncommon you might have children of relatives that due to many reasons move in with you.   These are considered your children, just as children of your bloodline.  You refer to them as your children.

My stepsister, Tao, is from Laos.   I have known her for many years and when she started to have health problems, I recognized a situation that the doctor told her was a matter of very few hours from ending her life.   Since then she called me her brother.  No paperwork or financial load to get this done, she showed her appreciation by that recognition.   When her family heard, they recognized the gesture and to this day, her family and the couple hundred Asian people that I work with, very rarely call me by my name, it is simply “Tao’s brother”.

So as you can see, in the Philippines as well as in most Asian countries, relationship terms are a somewhat fluid and less conventional, at least to our minds, manner than we are used to using.  It does, however, show forms of respect that our formalized method doesn’t.