First a country overview and then details specifically about the children’s home and school.

The country of the Philippines is a collection of islands going mostly north and south.   It consists of about 7,641 islands.  That number is not exact because some islands are underwater at high tide and emerge as the tide goes down.

It is one of the only two predominantly Christian nations in Southeast Asia, the other being East Timor. 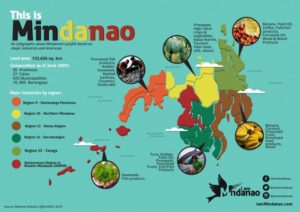 The children’s home is located almost exactly at the pinpoint in the orange peninsula on the left side.

One of the interesting thing to those of us in North America, being that close to the equator, the days are almost equal length year around.   Sunrise at approximately 6:00am and sunset around 6:00pm.   Right at the children’s home, there is about a 40-minute variation during the year.

Much of the reason for the problem of income that causes the children’s home and the voc/tech school to be needed, is that most of the major sources of industry and economic activity is on the far side of the island.  What remain are mostly low paying jobs unless there is specialized training.

I will talk more about that in a later post.