As I have mentioned before, the children’s home and the vocational school have been working together towards establishing as much financial independence as possible.  Inday has been raising piglets and the students from the vocational school have been butchering them in supermarket cuts which sells for between 20% to 25% more than the usual way of just hacking them up.  I have been having classes on meat cutting every time I have been there, based on my experience in butchering and working in quality control for the number one meat processing company. 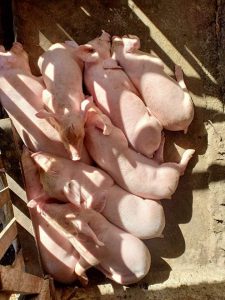 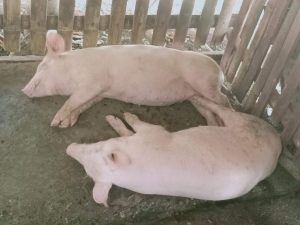 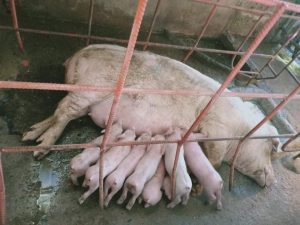 Things were slowly growing towards the point that they would have 4-6 pigs a month to process.   A few days ago, a neighbor came running to tell Inday that there was something wrong with one of the pigs.  It was laying there lifeless.  A neighbor serves as a vet even though he doesn’t have official training.  He was called and he tried to see if any of the piglets from the pregnant sow could be saved but they were all dead. 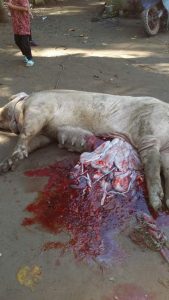 The neighbors said that a person who had been very jealous of the little businesses that are going to supplement the expenses of the children’s home, was seen giving something to the sow that died.  Apparently, he was going to poison both of the sows but was chased off when he was spotted.