I finally got through to the children’s home after about a week of not being able to get through either by phone or online chat.

Last week I had sent some extra money for some work on the wall around the house that keeps the water on the outside.   The water has been coming over the wall and into the house.   To make things worse, it has sewage runoff in it.   The money that I had sent was for materials and I knew that it would be a couple weeks before I had money to send for labor unless we had some unexpected donations. 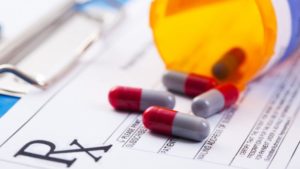 Last night when I was updated, I found that the work had been completed.   I was surprised since I hadn’t sent money for labor.   Inday explained that two things had happened.

First, several of the children had gotten sick from the contaminated water and had to be taken to the doctor. 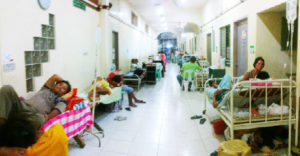 Second, a man in the village asked if he could lay the new course of block.  She explained that there wasn’t money to pay him.  He told her that he didn’t have any food for his family and if she would only give him half a kilo of rice a day, he would be happy to lay the block.   He promised that she wouldn’t have to pay for more than 3 days of work, even if it took longer.   She agreed to that and he went to work.   So now the block is one course higher all the way around.

She very hesitantly started to ask a question and then changed the subject a couple times.   Finally, I told her I knew she had a question so please ask.   She wanted to know if there was going to be money to send this week for the daily needs, “not any extra, just the minimum”.     I assured her that while we didn’t have any extra donations, that I would be sending the minimum amount as usual.   I then asked why she was concerned.

She explained that with the sick children and paying for the doctor and the medicine that was needed, she not only didn’t have any money left but also had not had any food for the children for the last two days.   Also, the money that she would have used to pay the electricity had also been used for medical expenses, so she had signed a promissory note with the electric company to extend for two weeks.

I transferred as usual so that she could pick it up in the morning her time and start getting their daily needs and the electric bill paid.   I got a confirmation text from Xoom that it was picked up, so the children are eating again.

It certainly is frustrating when communications are not working as expected.